This is another blogpost about hyperlocal journalism

”The future exist – in Prague”
According to the article in Medievärlden (Swedish) the news desk of the future is in Prague. I found several comments about this project called ”Nase Adresa” (”our address”) created by PPF Media in Czech Republic. It´s a great example in my opinion. Journalists, editors and people from the street meet each other in coffe shops to create local news. Related article Futurroom 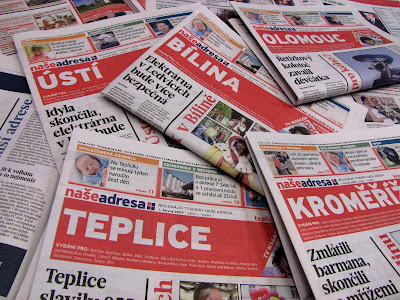 Seven local newspapers and seven ”news coffee houses”. I think this is logical. Local news comes from local people and what´s better, in a dialoge with journalists over a latte.

”Nase Adresa” planned to pull in stories from communities across the country and mix them with some international news. The final version is then fed back to the local websites.

The world is full of local neighbourhoods
The only difference today comparing to old days is that one person´s local neighbourhood is very close to your own, thanks to dialogus and citizen journalism. That is why I like Twitter. It´s impossible not to mention Twitter, in every blogpost, but it´s inevitable when you talk about media 2009.

Being hyperlocal in Stockholm, or?
The local newsdesk ”Mitt i Stockholm”, responsible for distributing 31 local newspapers every week to the city of Stockholm, has a lot to learn when it comes to the dialogue with the inhabitants online. The website ”Mitt i” is absent in dialogue and content. For contact with the news desk you have to pick up the phone or use their mail form allowing 200 charactars, which is no match for a frequent Twitter user, but why not use Twitter instead.

There are so many possibilites for partnership and cooperation between the local businesses and the newspapers. This could be a valuable place online for the people whose everyday life is in the 31 areas.

The value of local contribution
The people power consist of individuals whose personal engagements and experiences generate eye witness reports and back up to other stories in real time. It´s important to keep a cultural diversity in the news.

It seems like people have increased their knowledge in global questions from being in the middle of the crowd powered media. This generates a higher level of disucssions and intrerest in contribute with news and comments. The threshold is low. That is why I think local peoples engagement in media and press should be taken seriously becuase everyone is more informed today and have the same source of information as journalists but different experiences. It´s beneficial for local media.

”Twitter isn´t journalism”
Did someone claim the opposite? The constant stream of news, comments, opinions, recommendations is the result when people use Twitter and many times bring people together. Sometimes I think the bad attitude to Twitter is about the format itself- the 140 charactars that may be the reason for not taking the content seriously or maybe it´s just by a principle. Bloggers are taken seriously, not everyone, but bloggers as powerful influencers is many people´s opinion. Twitter may be in micro blogging format but is not less powerful.
Related link ”How Journalists are using Twitter in Australia” from 140charctar conference
—–

EveryBlock – a news feed for you block (US) Everything about your city and your neighbourhood, a mix of news from journalists and citizens. EveryBlock´s attitude to contribution from the citizens: ” If it’s in your neighborhood and it happened recently, it’s news on EveryBlock.”

On the screen shot below you can search restaurant inspections and the ”violations points” for each reported restaurant in New York City.
This illustrate the violation point is evidence of MICE. Disguisting, but thanks for telling me! I wonder if they charge you extra for the mice or if you get a discount.

Ushahidi – Crowdsourcing crisis information platform (“testimony” in Swahili)
This is a project that allow anyone to submit crisis information through text messaging by using a mobile phone, e-mail, blogging to track and map crises in real time. A non profit cooperation between countries in Africa, the Netherlands and US. 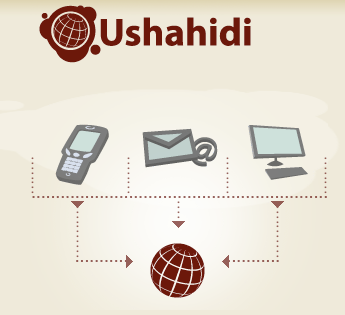 On the blog iRevolution I found an article about m-banking and how to meet up with customers complaints. The blogger thought about a mashup with the Ushaidie platform.
Related link: Article about the project from CScout

Witness– a call for change
Witness is a place for you to take action on human rights. Witness uses videos to show violations from all over the world and you have the possibility to engage and support each case.

AfriGadget – The Grassroots Reporting Project
This is a website containing stories of innovation from people in Africa with a will and creativity to change life to the better. Bloggers and readers contribute their pictures, videos and stories from around the continent. ”One of our goals at AfriGadget is to find more stories of African ingenuity. The Grassroots Reporting Project is our plan to find, equip and train more AfriGadget reporters in the field throughout Africa.” 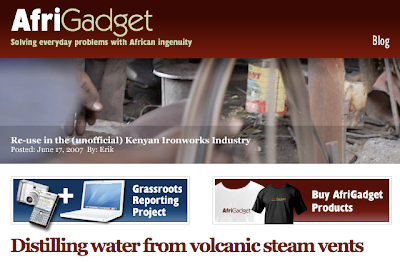