Warning: Constants may only evaluate to scalar values in /var/www/lindaalexandersson.se/public_html/wp-content/plugins/easy-fancybox/easy-fancybox.php on line 40

Warning: array_key_exists() expects parameter 2 to be array, string given in /var/www/lindaalexandersson.se/public_html/wp-content/plugins/easy-fancybox/inc/class-easyfancybox.php on line 208

A sustainable society on Fiji, recycled teddybears and crowdsourced design

The Virutal tourism project called Tribewanted takes place on the island of Fiji and have a lot of support in social media. Started 2006 on the Vorovoro Island and was planned to run for three years only but in September 2008 Tribewanted and its members were asked to stay. Members can now book time on Vorovoro until 2012. This summer 2009 the team is going to UK to meet interested people and talk about the initiative. The Tribewanted can be read about in the Lonely Planet guide for Fiji.

Why is this interesting? The adventure of a people experiment. Get the answer if it´s possible to create a sustainable society from scratch. The mix of people cooperating and combining social networking both online and from a real life headquarter on Fiji.
Team Fiji is back, commenting on Twitter
Team Fiji on Youtube 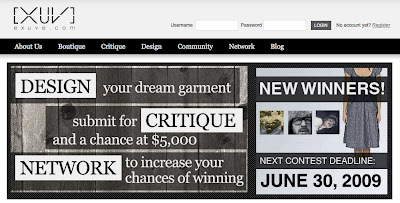 To create a new brand and solutions make people and companies famous
There are many brands and thousands of design solutions existing today from crowdsourcing so the subject is old but the fact that the format, the power of the people, is working is fascinating I think.

In the example Exevu ”the designer and the consumer are one and the same”. There are plenty of nice examples within fashion that works like this.

When companies use crowdsourcing it can be done in many different ways. This is not only about a small company that can´t afford desginer or the company-design relationship directly like mentioned many times.

It´s cost effective and both parts, the company/the brand and the designer get attention and focus thanks to devoted and engagement, it´s well known. I think crowdsourcing is a good idea for a consulting company as well. This is not about ignoring the companies own staff in any way but the constallation, agency – client – crowd offering an open contest in a specifik matter to get the best solution and branding for free is interesting. The designers would talk about the brand during and after the contest if its possible depending on mission to make people ”vote” for his/hers idea. The client would get attention for the brand. For free. The agency would get ideas. The ”prize” could be discussed.

DDB Stockholm joined forces with Mypitch.com a while ago, to offer great ideas to clients. I think this was a good move.